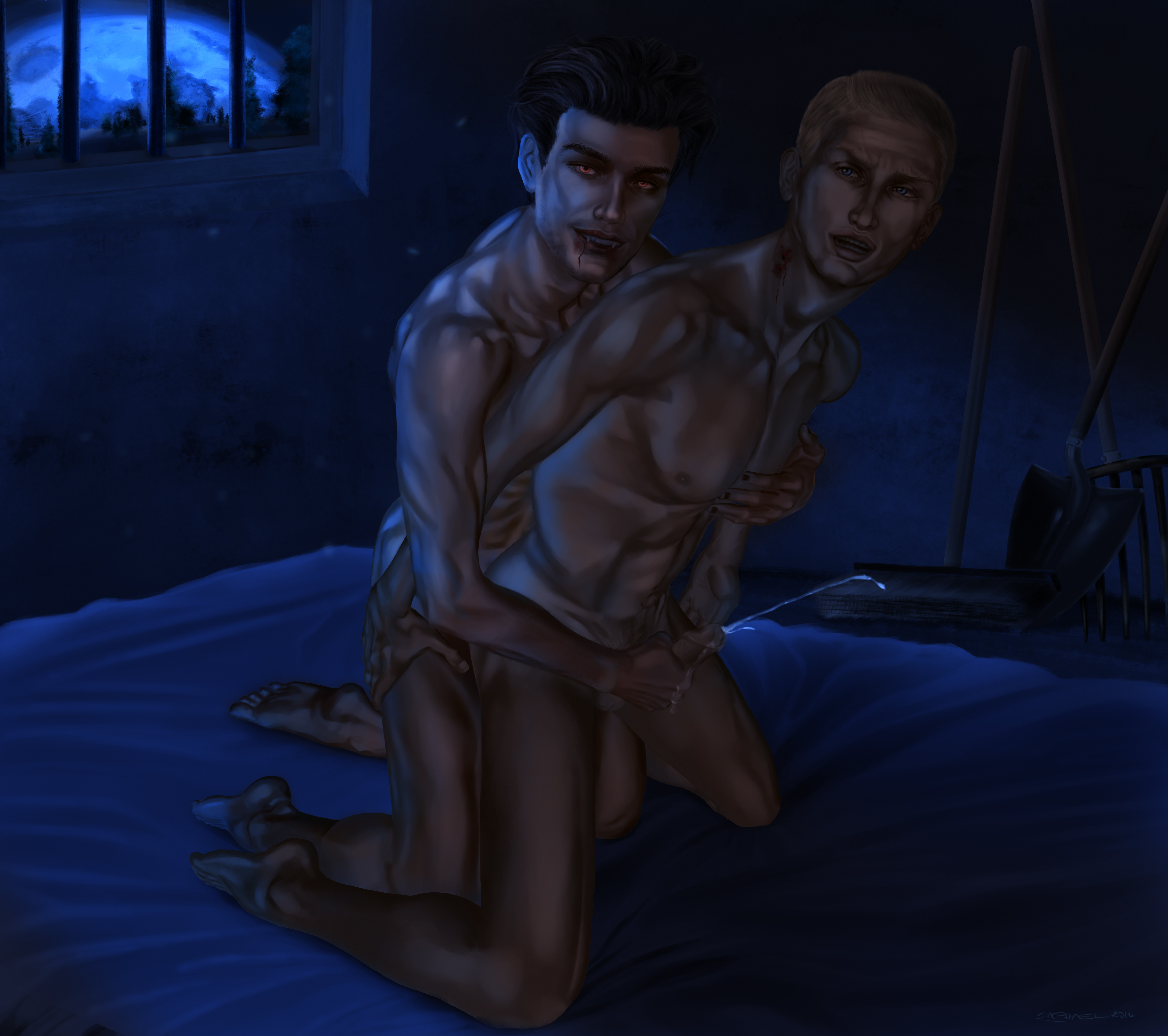 GIVING AND SHARING IN THE MOONLIGHT

A scene depicted from my buddy A.F. Henley’s breathtaking novel Wolf, in League, this shows the doctors Matthew and (vampire) Gavin (kneeling behind Matthew). During an exceptional hot love making moment, Matthew asks Gavin to bite him to experience a fantasy he had for some time. 😉 The result is…orgasmic.

LOOK WHAT THE CAT DRAGGED IN

To make this drawing look a little more painterly and giving it a slightly different look, I went with Corel Painter this time although a few things are done in Photoshop as well.

A good part of A.F. Henley’s novel was located in Washington DC. I decided to use that as scenery for the background especially the fountain at Dupont Circle where Lyle had his fateful encounter with Arius.

I know that the scene as it appears here can not possibly seen in Washington DC this way but I wanted some of its highlights together so I took some artistic freedom. 😉

Meet from left to right: Rafe, Arius, and Lyle (as I do imagine them).

And no, they are not running around Washington at night time naked in the novel. XD

While reading AF Henley’s stunning novel Baby’s on Fire I encountered a scene where Gerry and glam rock star Mark (on top of Gerry) are getting very intimate, I knew I wanted to capture that steaming hot moment. 🙂 So here it is: the scene that happens in the novel as displayed here. 😀

I created two slightly different versions this time. One showing all the fun and the other … well to call it safe for work may be exaggerated so let us just go with no frontal nudity. 😉

I have to admit, that I took some liberty on the colouring though. I wanted to reflect the wild 70s in which this scene is unfolding so I went wild with the colours. 😀

Thank you, buddy for giving me permission to draw Gerry and Mark! 😀 And credits go to you for creating such amazing characters for Baby’s on Fire! In the 70s, the 90s, and the 2000s! 😀

On a side note: The actual cover for the novel was created by me. 🙂 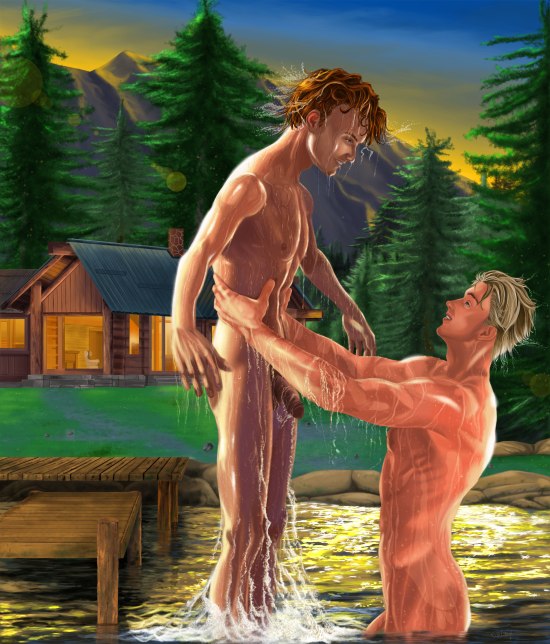 This is how I imagine those two loge birds. This scene does not actually happen in the novel but since Mason and Jack return to the cottage in the woods after the events in the story, I thought it would be a nice to imagine how happy they are now. 🙂

Credits go, of course, to AF Henley, who created the awesome characters Mason and Jack and gave me permission to use them for the drawing. Thank you very much, buddy and thank you for the inspiration! 😀

For some parts of this drawing, I experimented a little with matte paining. It was fun to do. 🙂 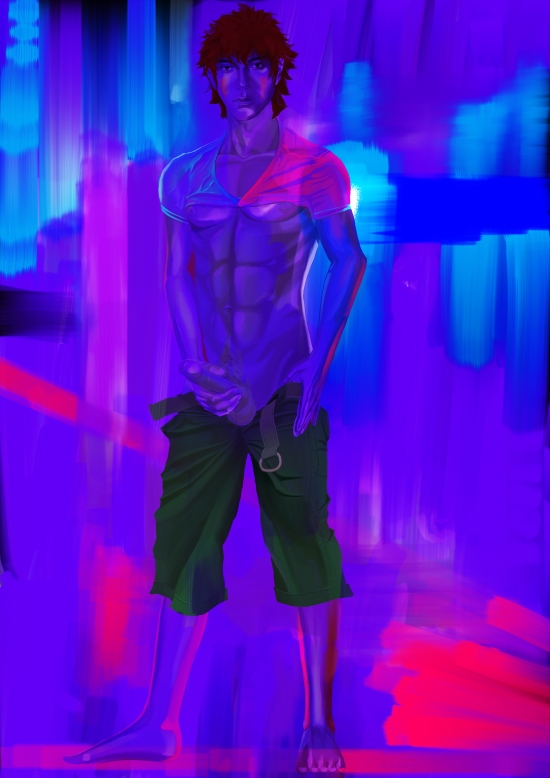 Could not resist a little albeit naughty Naruto fan art. 😉

Shiprat Emmett (right) at the receiving end of Prince Andrewe’s need for pleasure!

These are the two main characters from AF Henley’s awesome novel Honour. 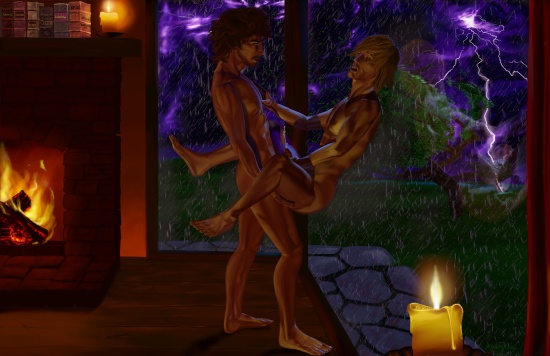 Another drawing inspired by the writings of AF Henley.

These are Nicolæ (on the left) and Dustin. They are the wonderful main characters in the mesmerizing novel “Înflori” as well as in the short stories “Proteja”, “Lega” and “Grijă”. I have so fallen in love with both of them that I couldn’t resist making a drawing.

“Înflori” is available at Less Than Three Press and also at Amazon.

y!Gallery is a 18+ site. You have to register for a free account.

And AF Henley’s (Freedom1001) website is over here https://afhenley.wordpress.com/ 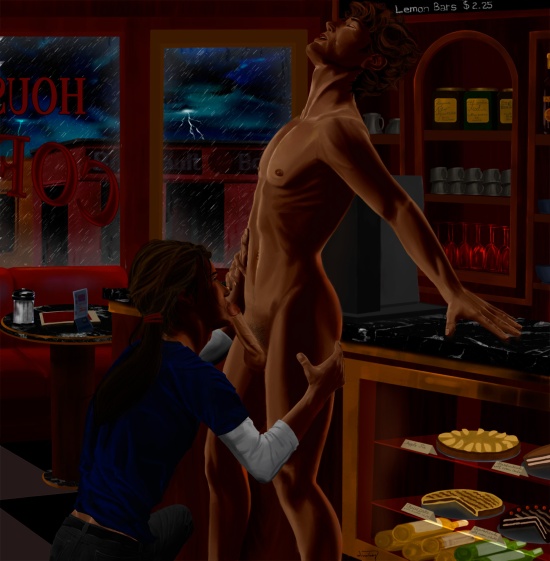 This piece of art is the very first I did for a story written by Freedom1001 (AF Henley). It is based on the story “2:36” and will always be special to me. Not only was “2:36” the very first story Free posted on y!Gallery it was also the first time someone dedicated a story to me! 😀 We both are such lovers of that wonderful strong, dark fluid called coffee!

y!Gallery is a 18+ site. You have to register for a free account.

One thought on “Frontal Nudity & Action”